Kill Me with Love - PUBLISHED 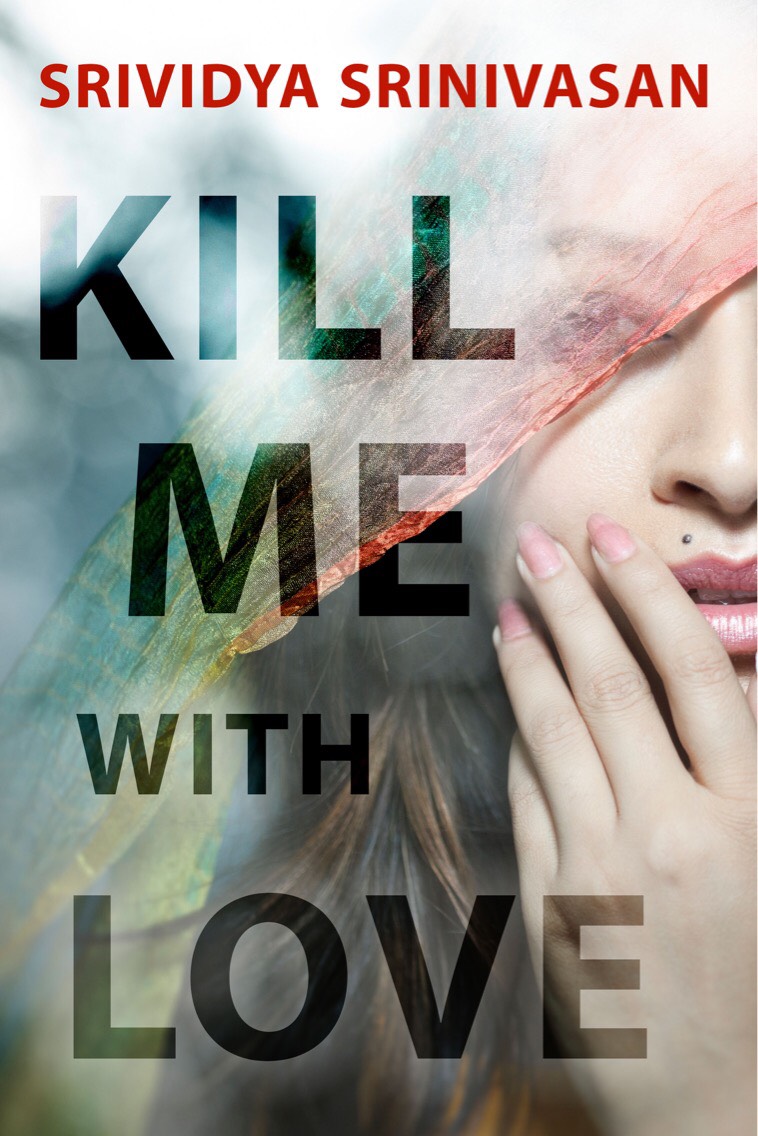 ‘Meet me by the sunset, he says, the lover of my dreams. I will wait until eternity, she says, the girl of my youth. And, they wait forever on different roads as darkness descends, only to meet a stranger on the road to their destiny.’

The dull ache refused to go away, and Anika decided wryly that it was now almost a part of her identity. Love was indeed a disease, she concluded, as she peered disconsolately out of the hazy window. She was at her favourite spot by the window, with her feet propped up. It was her thinking, mooning, ranting, plotting spot.

It was drizzling lightly, the skies dark and overcast, grey and forbidding. The evening shadows danced, as the tall silver eucalyptus trees swayed in the wind, casting giant shadows on her wall. A sudden flash of lightning lit up the room, as the sound of thunder resonated across the surrounding hills. She shivered a little. Not the best of times to run away from home, she thought.

She glanced furtively to where her mother lay sleeping across the room, her eyes quickly drawing back to the window. With a start, she realized that her fingers had absent-mindedly been tracing the letter ‘A’, until the bottom half of the glass window was covered in the letters. The little water droplets ran over the gaps created by her drawings, caressing them before collecting at the bottom of the sill. It somehow felt very intimate.

Her eyes closed, as she conjured up his image in her head. She was aching to see Ajay. Two whole days! And they had not been in touch. Was it just two days since she had lain in his arms? It felt like a lifetime since she had heard his teasing voice. Rain had a way of slowing down time.

She was virtually a prisoner in her room now, with her mother guarding her like a dragon. A sleeping dragon.

She shivered a little in anticipation, wondering how she could carry out her plan despite the dragon. Her mother had hardly let her out of her sight ever since they had found out. Her cell phone had been the first thing to be seized. There was virtually no chance of her reaching out to Ajay now, to check about their plan or tell him about her imprisonment. He would be waiting at the agreed-upon hour like an idiot, wondering if she had stood him up like most girls do. Her mind worked feverishly, plotting impossible plans for escape, as only a girl in love could.

The sound of the first drops of drizzle falling on the window pane had been oddly soothing to her frazzled nerves. The cat purred and rubbed itself against her legs, as she ran her fingers through its thick fur absent-mindedly.

She had to meet him today at the appointed hour, at any cost. Her restless mind kept coming back to that. She knew their sinister plans. They would forcibly get her married to some man of their choice, most probably some obedient chap overwhelmed by her father’s wealth and influence. She was not going to give in so easily. What would they know of passion? Their lives were as cold as iced tea.

Her lips curved into a half-smile. There must be a cleverer comparison, she mused, and then grinned thinking that it would be the perfect thing to share with Ajay. His eyes would glint in amusement, crinkling in the way that she loved, and he would quickly throw in a couple of odious, outrageous alternatives that would crack her up, never taking his flirty eyes off her face. They both delighted in the play of words amongst other things, often making puns and quips on tea. A little like how the Eskimos had a hundred words for snow, their lives revolved around tea. The growing of it, the grading of it, the selling of it and the brewing of it. And, between the two of them, jokes about it.

The room seemed unusually quiet, and she imagined her restless thoughts coming out like tag clouds on a web page. The whirring sound of the fan, the sonorous snores of her mother and the pitter-patter of the baby raindrops on the window pane – they all seemed to add to her mood.

It was absolute poetic justice that after guarding her day and night, her mother should be napping at the exact time that she planned to elope. Served them right, she thought wickedly.

It was only a matter of a few hours now. Anika closed her eyes again and pretended that Ajay was beside her. He was running his fingers through her long hair, slowly trailing them on her wet lashes, wiping her tears of frustration away, his warm breath tantalizingly close. She could swear she could feel his presence beside her. He was cupping her face now, looking deep into her eyes with that mocking smile that she adored.

Buy the Book from Juggernaut Publishers at: https://www.juggernaut.in/book...